All cells need energy to grow and function, including cancer cells.  The place in our normal cells where sugar is burned using oxygen to produce this energy is in a structure in the cells called mitochondria.

Besides generating energy for the cells, the mitochondria can also trigger the cell to die if it becomes faulty.  This process is called “apoptosis”.

When a cell becomes cancerous it turns off the mitochondria.  This is one way by which cancer cells are able to evade death and remain immortal and continue to grow.

In 2007 researchers at the University of Alberta found that adding DCA to cancer cells restarts the mitochondria turning apoptosis back on again.  This caused the cancer cells to stop multiplying and die.  It also did not affect healthy cells because their mitochondria were functioning normally.

Further studies in humans at the University of Alberta have shown DCA to be safe and very promising as a new tool in the fight against cancer.

At Reno Integrative Medical Center, DCA, oral or IV, is part of our protocol to treat cancer. 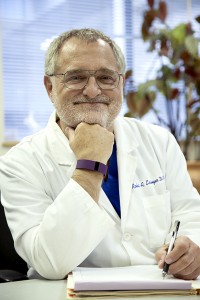